In conversation with Paraic O’Donnell 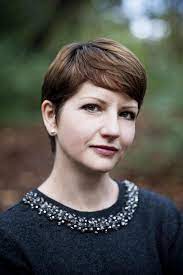 “And there’s something else that rain gives us; something deeper and more mysterious,
to do with memory, and nostalgia, and a pleasurable kind of melancholy.”

Melissa Harrison is a widely celebrated novelist and nature writer whose hugely successful podcast, The Stubborn Light of Things was the inspiration behind The Shaking Bog Podcast. We are delighted to welcome Melissa to the festival where she will be in conversation with acclaimed writer and poet Paraic O’Donnell.

She contributes a monthly Nature Notebook column to The Times and writes for the FT Weekend, the Guardian and the New Statesman. Her astonishing novel, All Among the Barley was described as ‘a masterpiece’ by writer Jon McGregor. It was the UK winner of the European Union Prize for Literature. It was a Waterstones Paperback of the Year and a Book of the Year in the Observer, the New Statesman and the Irish Times.

More recently, her mesmerising nature diary also entitled The Stubborn Light of Things maps her joyful relationship with the natural world, teaching us to see and truly value the world around us. Her previous books have been shortlisted for the Costa Novel Award and longlisted for the Women’s Prize for Fiction (At Hawthorn Time) and the Wainwright Prize (Rain). She lives in Suffolk, England.

“Among our most celebrated writers in fiction and non-fiction.”
- The Sunday Times

“An in-the-bone connection with the natural world that contrives to be both sparklingly precise and wildly exhilarating… as an evocation of place and a lost way of life, Harrison’s novel is astonishing, as potent and irresistible as a magic spell…”
‍- The Guardian (All Among the Barley)

Click here to buy Melissa Harrison's book All Among the Barley from our partner, Bridge Street Books