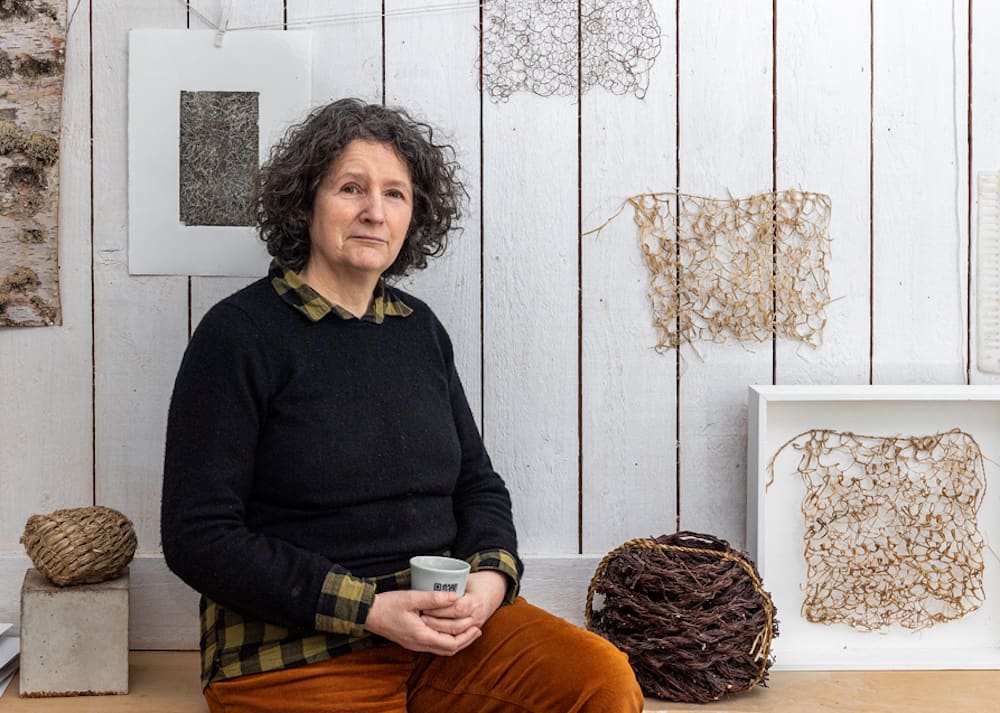 Initially trained as an architect, Caroline worked as a landscape architect before deepening her engagement with the environment through working as an artist. She lives and works on the Isle of Skye in Scotland. Her work has been exhibited in many countries worldwide most recently in Catalonia, her commissions include working with artists, including with Hanna Tuulikki for an outfit from birch bark, she has been part of many international residencies particularly in the northern countries of Europe and has received many awards including from Creative Scotland.

She received a Certificate in Field Botany from the Royal Botanic Gardens in Edinburgh and regularly goes out with the local botany group on Skye. In 2020 she received an MA with distinction in Art and Social Practice from the Centre for Rural Creativity, Shetland, part of the University of the Highlands and Islands. Her final project for this involved highlighting the importance of road verges.

‍Working along the edge between producing artefacts and seeding ideas Caroline’s practice is informed by archeology, Gaelic culture, botany and traditional skills. Conscious of our changing relationship with the natural world and these deep metaphysical connections, she seeks to bring into fresh focus aspects of this relationship.