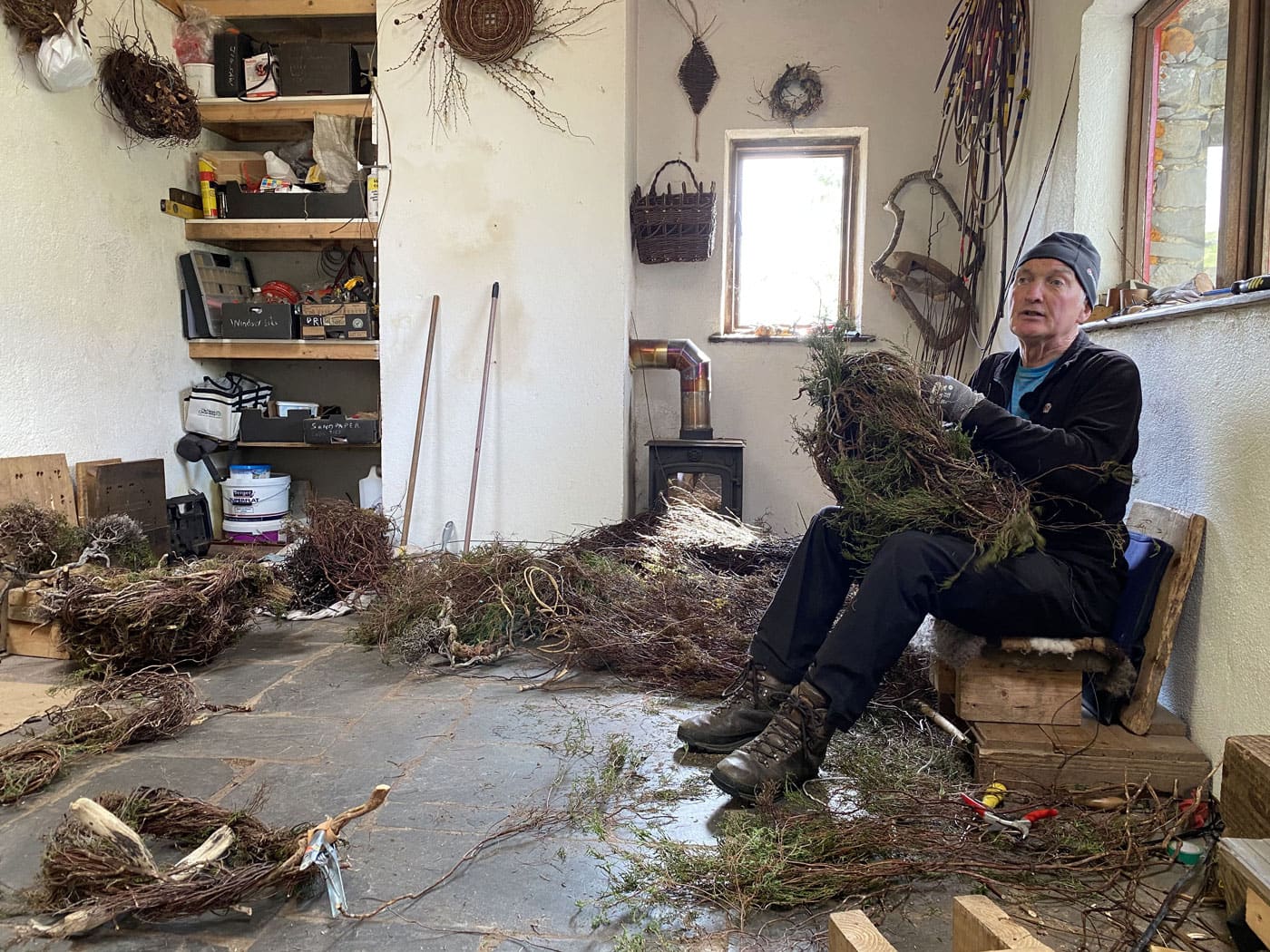 Award winning Joe Hogan has been making baskets at Loch na Fooey since 1978 and in that time has earned a reputation for making strong, durable baskets of the highest quality. The colours in these award-winning baskets are those of the natural willows which are grown at Loch na Fooey.

Joe became a basketmaker because he was attracted to the idea of growing his own willow and being involved in the whole process from harvesting willow through to making a basket. He also came to basketmaking just as the living tradition of rural Irish basketmaking with its many unique designs was declining and he spent many years researching and making the various indigenous Irish baskets such as the cliabh (creel) the pardóg (hinge bottomed creel) and the pota gliomach (lobster pot).

Although he made functional baskets for many years he has over the past 15 years become increasingly interested in making artistic or sculptural baskets. This work is prompted by a desire to develop a deeper connection to the natural world. Every time we walk out into the world, we have the opportunity to see it anew and to experience the wonder of being here. Rilke talks about us being “the bees of the invisible” gathering the honey of the visible and storing it in the hive of our consciousness. When he makes artistic baskets, he is trying to rediscover the richness in this store of images. He also hopes it will touch the spirit of others in some way.

He is also influenced by environmental concerns and feels that the changes we need to make as a race will become possible only when we go beyond a merely rational analysis and begin to encompass the worlds of poetry and art to imagine new and more responsible ways of being in the world. His work involves using basketry skills to express these ideas.