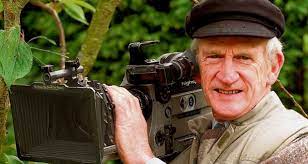 Éamon de Buitléar 22 January 1930 – 27 January 2013) was an Irish writer, musician and film maker.[1] He was managing director of Éamon de Buitléar Ltd., a company which specialises in wildlife filming and television documentaries.[2][3]

The son of aide-de-camp to the then President of Ireland, Douglas Hyde, he grew up in a house of Irish language speakers in Wicklow.[4] He began his working career in Garnett and Keegan's and Helys, selling fishing gear and shotguns. It was there where he first met Seán Ó Riada.[4]

A 4 km circular walk Slí de Buitléar or The De Buitléar Way on Bray Head commemorates his life and work, calling out notable flora and fauna in the area.[5] It was inaugurated in May 2014 by his wife Lailí.[6]