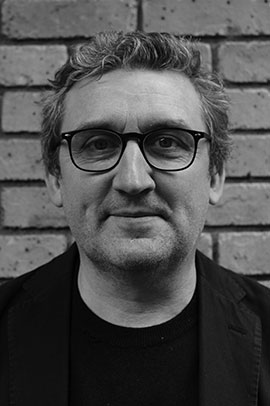 Colm is 48 and has worked as a professional songwriter and musician since the age of 17.

Colm has toured the world with various bands and has hadinternational record deals. Since his early twenties he have worked with a variety of youth services setting up and delivering music programs that have culminated in music composition, performances and recording sessions.

Between 2011 and 2018 Colm worked as head of the songwriting department at BIMM Dublin (British & Irish Modern Music Institute).

Colm has been a volunteer Fighting Words since 2010 where his  key role was to develop free songwriting programs for groups of all ages. Colm now works for Fighting Words as Development and Outreach Officer.