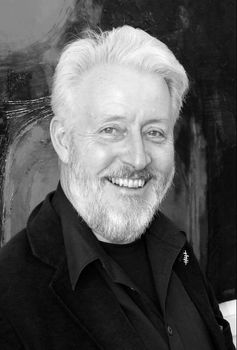 My most recent book is  Our Once and Future Planet: Restoring the World in the Climate Change Century (University of Chicago Press, 2013, 2015 paperback), a worldwide assessment of ecological restoration as a conservation strategy.

​​It was described as “outstanding” by the renowned biologist Daniel Janzen, and as “a great piece of investigative journalism…on a topic vital to the future of people and biodiversity on earth” by Stephen Hopper, former director of the Royal Botanic Gardens, Kew. A reviewer in Science wrote that it "makes a convincing case that we have, however hesitantly, begun a journey towards 'restoring the future'."

My previous books are:

I was a staff journalist at The Irish Times, first as arts editor and then as assistant foreign desk editor, from 1988-2002. I currently write a fortnightly feature on The Irish Times Environment Page. I have written on Basque and Spanish affairs, the arts and, more recently, environmental issues, for that paper and other media since 1979. I was previously a theatre and cinema manager, running the Project Arts Centre under Jim Sheridan (1977-78) and setting up  Field Day Theatre Company for Brian Friel and Stephen Rea (1980).
I am a writer, and have contributed to the International Herald Tribune, Vanity Fair, The Scientist, The Sunday Times, Ecological Restoration, The World Policy Journal and BBC Wildlife and many other publications. I have published in Studies in 20th and 21st Century Literature, the International Journal of Iberian Studies, the Annals of Missouri Botanical Garden, Ecology, and the Annals of the New York Academy of Sciences. I have broadcast for RTE, the BBC, Al Jazeera, and Spanish, US and other international radio and TV networks.
I am a lecturer, delivering talks at venues across the US (including Harvard, Dartmouth, Carleton, DePaul, Georgetown, Madison-Wisconsin, Mount Holyoke, Lehigh, NYU, Wagner, the University of Nevada, Missouri Botanical Garden and the Carnegie Round Table on Foreign Affairs), Ireland (UCD, UCC, DCU, DIT, NUIG,  RDS) and Britain (London School of Economics, Cambridge University, Canning House). I have contributed to a number of think tanks and other forums, including the Liberty Fund, the Fundación Sabino Arana, the Kate O’Brien Weekend, and Basque Global Initiatives. I have given keynote conference addresses for the Society of Ecological Restoration International, the Environmental Science Association of Ireland, the Chartered Institute of Ecology and Environmental Management, and the Governor's River Conference (Illinois).
I have been a visiting Fellow on the International Writing Program at the University of Iowa (2003), at the Dickey Center for International Understanding, Dartmouth College (2008) and at the University of Nevada Reno (2015). I have created and taught a five-seminar syllabus based on ecological issues at DePaul University, Chicago (2015).
Since 2008, I have worked as a specialist cultural guide for visitors to the Basque Country, in partnership with Jon Warren of San Sebastián Food (now Mimo San Sebastián), developing the 'Discovering the Basque Country' tour series. I also work as a cultural and environmental guide in Ireland for US Study Abroad groups, including DePaul University and Georgia College and State University. I lead the Kultura Ondarea Saria prize-winners on an annual tour of Ireland funded by the Basque Government. Tom Blinkhorn, leader on 'Discovery the Basque Country' Tours for Dartmouth College ILEAD and the World Bank's 1818 Association, wrote of my guiding work:
“A spectacular performance...Your command of the history, language, architecture, landscapes, historic sites and heritage was absolutely stunning. I learned a lot about this extraordinary place as did everyone on the tour.”
I work as an editor for scientists who wish to reach a wide public readership. Kingsley Dixon, formerly Director of Science at King’s Park and Botanic Garden, Perth, Australia, and now John Curtin Distinguished Professor at Curtin University, writes:
“Paddy is an outstanding editor. I find he has provided superb editorial support on a number of projects, some of a deep scientific nature and others for more general readers. He has a keen eye for detail and is across a number of areas in considerable depth including the ecological and restoration sciences. I have found working with him to be a delightful experience as he is both patient and considered in his editorial and writing support while never compromising on quality.”
I am a Research Associate at Missouri Botanical Garden, an Adjunct Senior Lecturer at the School of Languages and Literatures, University College Dublin, a member of the European Cultural Parliament, and a founder-member of the Irish Forum on Natural Capital.